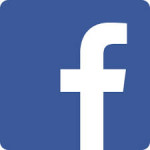 In the wake of numerous violent broadcasts on Facebook’s live stream platform, CEO Mark Zuckerberg announced that he is working hard to re-vamp his company’s video screening process. To do this, Zuckerberg said Facebook will hire and train 3,000 employees to monitor and censor video content going through Facebook Live.

In a Facebook post, Zuckerberg wrote that he was disheartened to see so many violent live stream videos his website. After weeks of thinking about this situation, Zuckerberg said Facebook has to do more to promote a safe and supportive online community.

The brand new 3,000 employees will be put to work on the social media giant’s Community Operations Team. Zuckerberg told reporters that this team is tasked with monitoring live stream content and taking a deep look at the millions of reports sent into Facebook’s headquarters every week. Currently, 4,500 people are already tasked with looking through the reports sent to Facebook regarding violent or controversial videos.

With the additional 3,000 employees, Zuckerberg hopes the process of responding to reports will become almost instantaneous. He urged anyone using Facebook to contact the company if they saw anything that might violate the company’s standards.

In addition to the new hires, Facebook is working hard to build good relationships with local law enforcement agencies. He wants his staff to be able to contact emergency responders around the world to intervene when someone is either harming themselves or others on Facebook.

Facebook faced extreme criticism after the murder of an elderly man in Cleveland was broadcast on Facebook Live just a few months ago. It took the company almost 2 hours to remove this horrifying video from their website. There have also been two Facebook Live streams out of Thailand that both showed fathers strangling their daughters. Unfortunately, an 11-month old toddler died during one of these live streams. The other girl, 5, is in stable condition

These more recent tragedies aren’t the first for Facebook Live. A group of African American teens physically and verbally abused a mentally handicapped white man on Facebook Live not long ago. Another gruesome video showed a group of Chicago teens gang raping a 15-year old girl. Both of these videos caused a national uproar and increased calls for Facebook to increase their monitoring of shared videos.

There have also been numerous suicide videos posted on the live stream platform. Zuckerberg hopes additional employees will be able to save these people from making a fatal decision and get them the counseling they need. He didn’t mention, however, if Facebook will be working with certified psychologists in the future.

Another issue Zuckerberg said he is trying to address is the spread of hate speech and fake news online. After the election of Donald Trump, many professional journalists claimed an inordinate amount of fake news spread by trolls on Facebook helped bolster the Trump campaign. Many people in the journalist community claim Facebook needs to do a better job vetting news articles for objectivity and accuracy.

Although these 3,000 additional employees will definitely help move Facebook forward, Zuckerberg admits his team can’t do this alone. That’s why Zuckerberg is reaching out to various community groups and urging Facebook users to contact his team whenever they see a post or video that goes against Facebook’s guidelines. Above all else, Zuckerberg says he wants Facebook to be a caring community.

Thankfully, there are a few signs of progress already. For example, Facebook called 911 just in time to save a Georgian teen who was preparing to commit suicide on Facebook Live. The girl, who took numerous pills and put a plastic bag over her head in the video, is now in stable condition at a local hospital.

Founded in a Harvard College dorm room 2004, Facebook is still one of the world’s largest social media platforms. Facebook currently has around 2 billion users across the globe and is headquartered in Menlo Park, California.