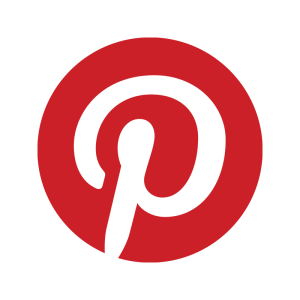 Heads-up to any Pinners out there, Pinterest recently announced it changed its home page algorithm. According to company engineers, this new algorithm should increase user engagement by promoting interactive and diverse content.

Although Pinterest’s algorithm will analyze your previous activity to determine suggestions, it will place a greater emphasis on video-based content. Since videos are more likely to engage viewers, Pinterest believes they will keep the homepage from getting “stale.”

In addition to promoting video posts, this new algorithm will prioritize the most up-to-date Pins. So, to increase the odds of appearing on someone’s homepage, Pinners should invest in constant content creation and plenty of video-based Pins.

Another reason Pinterest decided to update its algorithm was to promote minority voices. Shortly after the Black Lives Matter protests began, Pinterest made it clear it would work to recommend content “from diverse backgrounds.”

The announcement of the algorithm update was made by Yaron Greif who said:

Every day millions of Pinners visit the home feed to find inspiration on Pinterest. As a member of the home feed ranking team, it’s my job to not only figure out what relevant pins to show Pinners but also to make sure that those Pins will help maintain the health of the overall Pinterest ecosystem. For instance, relative to ranking just for relevance, we might display more newly-created Pins to ensure our corpus doesn’t become stale, or more video Pins to surface actionable ideas from creators.

Traditional click-through prediction models are designed to maximize user engagement, but they don’t help achieve those other business objectives. To solve those other objectives, the home feed ranking team introduced controllable distribution, a flexible real-time system applied after the traditional ranking layer to control the tradeoff between areas like relevance, freshness, and creator goals by boosting and demoting the ranking scores of content types.

One issue Pinterest didn’t address was whether it intended to change its policy on objectionable posts. According to recent reports, Pinterest doesn’t wholly take down controversial posts; instead, the site steers users away from potential disinformation by blocking specific keywords.

Currently, Pinterest has not made a public statement regarding these findings.