Is any social networking site on the Internet today as important and influential as Twitter? According to a 2014 study, Twitter has at least 645,750,000 active registered users. 135,000 new Twitter users sign up every day, and 190 million unique users visit the site every month. Sites such as Facebook and Google Plus also boast large numbers of users, but I would argue that no other site right now has the special kind of instant audience that Twitter has.

The numbers speak for themselves. Millions of people are using Twitter on any given day. From a business perspective, the question isn’t, “Should I be using Twitter?” because that answer is an obvious and impossible to ignore yes. The question you should instead be asking is, “How should I be using my Twitter?” Unfortunately, that answer is not quite as simple, but with the research I’ve done for this article, I hope to help you take steps in the right direction to building a strong professional Twitter following.

In Chapel Hill, a college town, Twitter is even more powerful than usual. College students are incredibly active on social networking sites. More than perhaps anyone else, they are eager to favorite, retweet and share all of their opinions online. Businesses should certainly take advantage of this. And a few successful local businesses have.

The Yogurt Pump, a frozen yogurt place on Franklin Street, has nearly 2,000 followers on its Twitter account. The account does three things in particular really well: Another Chapel Hill business that stays active on Twitter is the Italian Pizzaria III, which is better known as “IP3.” While it doesn’t have the numbers that The Yogurt Pump has, IP3’s account is one of the most entertaining business accounts I’ve seen. I follow it mostly for the fun commentary of the employee who runs the account. From IP3, business owners looking to learn about professional Twitter accounts can learn an important lesson about personality. While you must keep a certain level of professionalism, Twitter isn’t a place for cold hard facts and information. Twitter is supposed to be fun! IP3’s Twitter is also clever in its use of customers. Notable customers, like Gunter Brewer, the Co-Offensive Coordinator and Wide Receivers Coach at the University of North Carolina – Chapel Hill, often tweet pictures of their meals at the restaurant. It’s a great way to get publicity, and it’s something that businesses in Chapel Hill could easily do. One final thing that IP3’s Twitter account does well is post enticing photos of food. Again, this should go without saying, but if you’re posting photos of meals from your restaurant, make sure they look appetizing! Sutton’s Drug Store, a classic Chapel Hill business, recently joined Twitter and did something that’s very smart for new users. The business announced that it “followed back” on Twitter, meaning that users now have a reason outside of simply being interested in the business to follow the account. This might not be a realistic promise if your account finds a large following, but it’s a great way to get started.

I’ve written a few articles before about how businesses can get the most out of Twitter. I typically give predictable tips such as tweet often and regularly, but be sure not to spam your followers. Don’t be afraid to get clever and creative with hashtags. Be personable and open. The customer is always right — even on Twitter. And remember your audience. Always remember your audience. Using Twitter as a Chapel Hill business owner means that your audience is predominantly made up of young adults, college students. Play to this fact. Give students the kind of discounts they’ll be interested in. Tweet about things that they’ll be able to relate to.

Insomnia Cookies, while not a Chapel Hill specific account, has become incredibly good at tweeting for its audience. This account often mentions coming in for a study break or letting some steam off after exams. It even makes specific mention to being new to campus and being a freshman. It’s all 100% tailored to college students, and it’s worked wonders for the company. These local businesses have all found their own special brands of success on Twitter, but they could find still more. One recommendation that I might to any professionals on Twitter is to interact with your followers. By just replying to a tweet, you can gain a new customer. You can strengthen the relationship with an old one. You can build a more impressive reputation as people talk about your account and share your business with others. If the tweet you receive is a complaint about a bad experience related to your business, you could fix the problem publically rather than privately and gain customers as well as winning back old ones. Customers like to feel noticed and important. Show that you care about what they have to say, and they’re going to be more likely to follow you and give your company their business.

I also recommend that you genuinely look at Twitter as a way to gain real feedback. Twitter gives customers a great place to easily and efficiently share their opinions about what you’re doing. You can learn endless amounts about what your company is doing right or wrong by just reading tweets where your brand has been mentioned. Take advantage of this free feedback and put it to good use. Use Twitter to make your company stronger.

On Twitter, things move unbelievably quickly. Tweets only have a lifetime of a few seconds before they’re lost deep in users’ feeds, buried beneath new tweets, never to be seen again. For businesses using the site, this is both a good thing and a bad thing.

On one hand, weak professional tweets don’t stick around for long, so you get the chance to tweet something new and try again quite frequently without spamming your followers, but on the other hand, this short tweet life means your professional posts have to be particularly compelling if they’re going to find any substantial beneficial audience.

When used well, Twitter can be the cheapest — It’s totally free to set up an account — simplest way for businesses, particularly local business, to strengthen their brand and bring in new customers. By following the tips I provided and brainstorming some of your own that will best suit your company, you’ll likely gain a decent following in no time.

I would also recommend setting up other social networking accounts, such as a Facebook, a Google Plus, an Instagram and any other social media account that you can use for your company. The more people you reach, the better your business is going to do. Social networking publicity is a great business tool, and it’s one that people still aren’t using enough.

For any business, and especially for a local Chapel Hill business, Twitter could and should be the easiest way in the world to reach a wider audience, but you have to take the time and effort to set up an account, use it regularly and figure out how to use it well.

Above all else, my golden rule for the Internet and for social networking websites in general is that no matter what account you’re posting from, professional or personal, if you want to find success online, you must remember to engage, engage, engage with your followers. Talk to other users. Find out what they’re saying. Tweet the things that they want to see and talk about. Follow other users, even if they don’t necessarily have anything to do with your business. Offer fun deals, sales, contests and giveaways and business information that potential customers could find relevant, entertaining and useful, but more than anything, just listen and respond. In the end, that’s what truly makes Twitter the amazing website that it is.

If you are looking to market your Chapel Hill (or other) business on Twitter and need assistance in strategy please visit our social media marketing page. 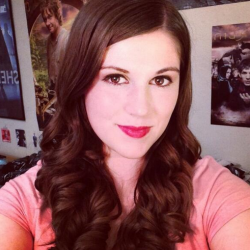 Schyler Martin
Freelance copywriter and contributor to Telapost. If you have any questions or would like to reach out to me, I can be found via email at schylermartin@gmail.com or at the links to the left.