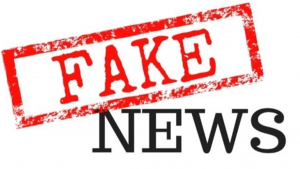 Google, Facebook, and a few other tech companies have announced they will team up with Santa Clara University’s Trust Project. By including Trust Indicator icons on web-based news content, tech leaders hope they can help readers distinguish between credible journalism and “fake news.”

Researchers at The Trust Project use eight key “Trust Indicators” to determine the quality of any news article. A few of the most important indicators include a news organization’s diversity requirements, where the organization gets its money, the methods journalists used in their research, and the author’s previous work experience.

When looking at news articles, The Trust Project examines the validity of all in-text citations made by journalists and notes whether or not the article is locally-sourced, objective, financed by advertisers, or an opinion piece. The Trust Project also encourages all news outlets to open the comments section of their articles and engage with the public.

Jeff Chang, Google Search’s group product manager, explained in a recent blog post that news organizations in The Trust Project have to embed their articles with an HTML code that clearly lists how it scored on the eight Trust Indicators. This code makes it easier for Google’s search engine algorithms to analyze the credibility of different articles and to present these findings to the public.

At the end of his blog post, Chang said Google is now testing out different ways to display Trust Indicators on news articles found through Google News or Google Search. Chang suggests that Google news articles might have Trust Indicators such as “Type of Work” or “Best Practices” attached to them in the near future.

Journalist Sally Lehrman is The Trust Project’s founder and director. In a public statement, Lehrman said her main goal is to help the public easily gauge the journalistic integrity of any news article they’re reading. Lehrman said, “The Trust Indicators put tools into people’s hands, giving them the means to assess whether news comes from a credible source they can depend on.”

American public opinion on the media has never been lower than it is today. Only one-third of Americans admit to having a “fair” degree of trust in the media. A recent Reuters survey showed that 43 percent of people around the world trust the media.

In case you were wondering, Reuters found that the country with the most overall trust in the media is Finland with 62 percent of respondents saying they believed all media outlets. South Korea and Greece tied for last place; a paltry 23 percent of people in these nations said they had trust in the mainstream media.

The Trust Project is a global effort that involves dozens of high profile news organizations around the world. Some of these organizations include Deutsche Presse-Agentur, La Repubblica, the Economist, the Washington Post, and the New York Times.

Along with Google, a few of The Trust Project’s major financial backers include the Philanthropic Fund, the Democracy Fund, and the James L. Knight Foundation.