Was Natural News Banned from Google for Fake News? 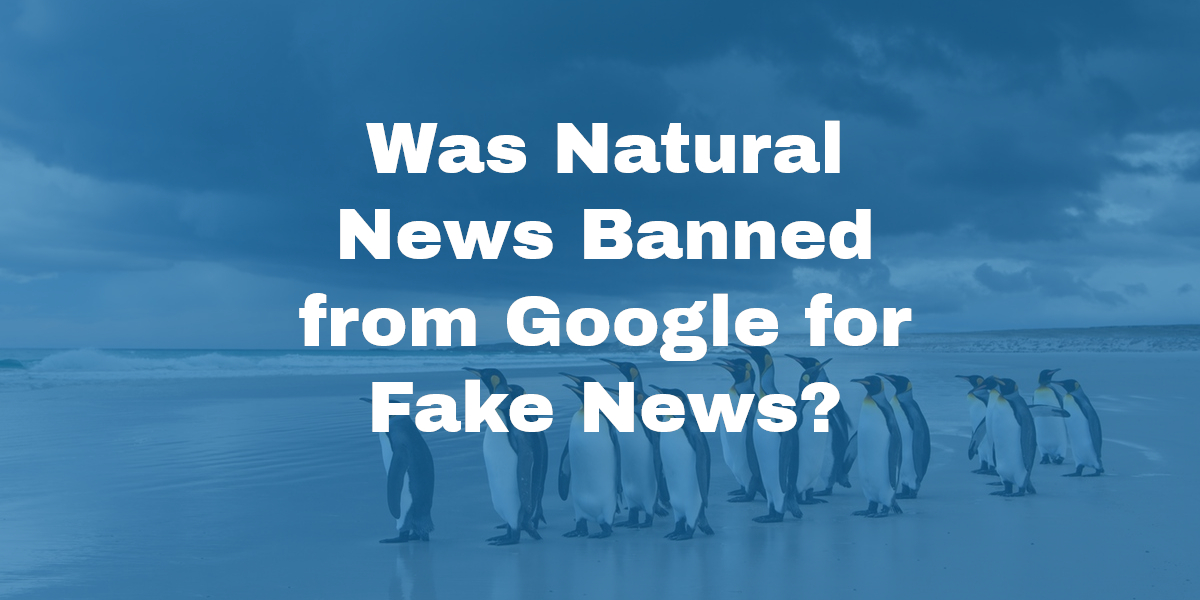 Over the last few days I have been asked if Google bans sites over controversial content.

That prompted me to put together and article about a potential Google Fake News Penalty. In the article I explain that, historically, no, Google does not ban or blacklist (or de-index) websites over controversial content.

(This article is a more technical followup to my first article: “Why Did Google Penalize NaturalNews.com in February 2017?“)

I wouldn’t take it off the table

Search engines are easily gamed. Imagine you pull out your cell phone and ask Google “Is AIDS contagious?” and the first result you see says “No, AIDS is not contagious.”

That could lead to a slow, painful death.

I know from decades of experience that people trust what they see in search. Also, more and more people draw conclusions from a 3 second search, sometimes just from reading page titles in search results.

In the above referenced article I also mention that Google (and Facebook and many others) are indeed working at removing “fake news” from people’s eyes. Google, in fact, has taken many steps recently at keeping fake news out of their news stream.

However the news stream is still easily hacked and taken advantage of. For example, I have access to several websites approved for Google News where I can write whatever I want. I will be covering this in greater detail in the near future as there are a wide variety of ways to get incorrect content into Google’s “Top Stories” section.

Was Natural News banned from Google for “Fake News”?

Long answer: The owner of Natural News has stated that his site was removed for being controversial.

Google has not confirmed nor denied this.

However, it is more likely that the site was penalized for something which has nothing to do do with their controversial content.

There are, in fact, a plethora of ways that a site may be penalized.

A possible reason for the penalty

I have a friend in from out of town and it is 80 and sunny here so my time is very limited today. I did however do a quick search online which shows me that a subdomain of Natural News (blogs.naturalnews.com) is being heavily abused for spam purposes.

If the main domain is used for this or not – I have not had time to look into. I will update this article when I do…

One way sites can be penalized is if they sell links. Here is someone selling links from Natural News for $130. 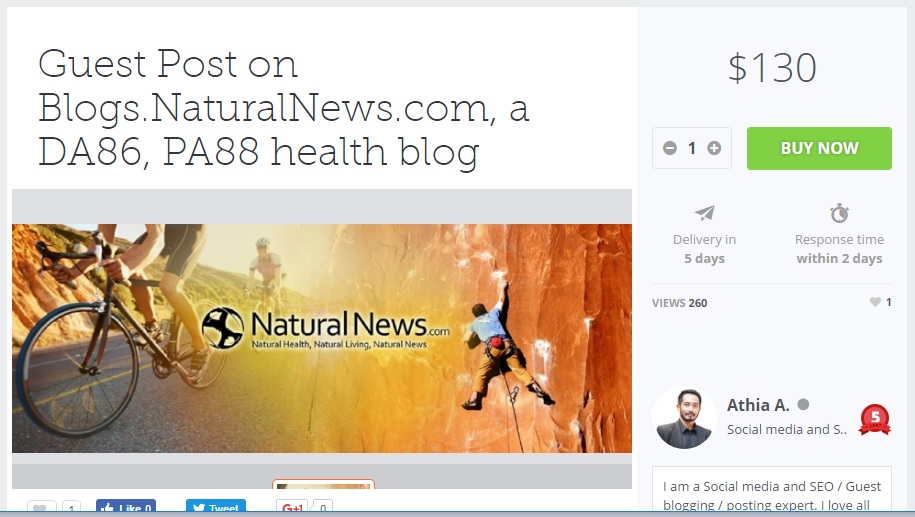 Screenshot of someone selling links on Natural News, a common occurrence online.

Selling links is a common (frowned upon) practice. You can very easily purchase links from multiple websites such as SEO News Websites and even more legitimate websites such as Forbes, Huffington Post, ABC, etc.

Websites run into trouble when they have a significant amount of links coming from their site promoting other websites in an effort to manipulate how those websites perform in search. Some people call this an unnatural outbound links penalty and you can read more about it here or watch the video here:

People obtain links to make their websites rank higher in Google search results. Most people are forced to do this when they are unable to write content which obtains natural links. For example, my initial coverage of the Natural News website being de-indexed has been linked to by dozens of reputable science blogs.

This website is 10 years old and is referenced repeatedly around the web. A quick search showed me that a recent article of theirs was referenced nearly 3,000 times. 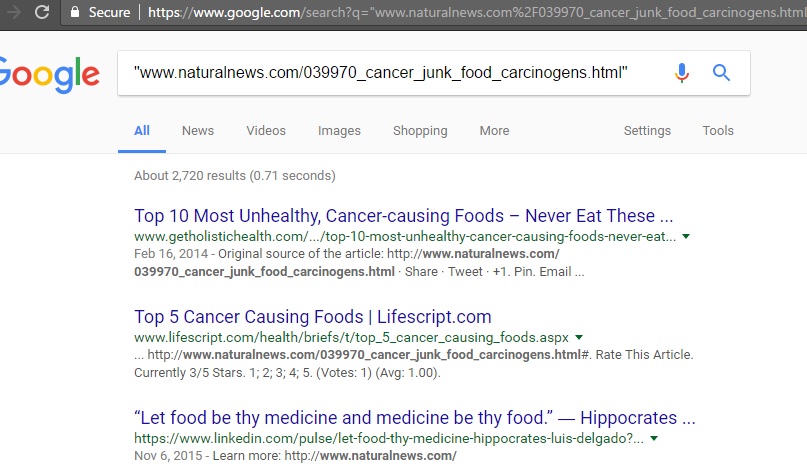 Here is a screenshot of a recent article being referenced 2,720 times. This is usually a very good thing.

This reaffirms that at least the subdomain was hit with the penalty I mentioned above.

Why do you think Natural News was banned from Google?

A handful of people in the SEO community have caught wind of my article and are now writing their own which state Google didn’t ban Natural News over Fake News. However, they offer zero thoughts on why the site has actually been banned. In the small amount of research I have done I can only see reasons why this site would perform like a powerhouse in search results, other than the unnatural outbound links.

If you have any insight as to why this site has been banned please feel free to comment below.

I also have spent less than 10 minutes reading the site and have no idea how accurate or inaccurate the content on the site is, however the comments are pretty heated on my first article: “Why Did Google Penalize NaturalNews.com in February 2017?”.