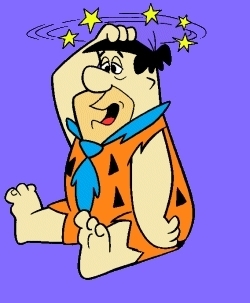 A few people have asked me if there was a Google update in March of 2017. The answer is yes. Currently, there are 800-1200 updates to the Google algorithm annually, as far as I know.

Some people are calling it an “unconfirmed” algorithm or something as well, but rest assured, I am confirming it right here and now for you. To say you’re not sure if an algorithm update took place or not is sort of like saying you can’t confirm that the moon exists.

What is the Fred Algorithm?

As for the “Fred” nickname, well, a Google employee jokingly named it Fred. There is significantly more evidence which shows this was Penguin related. In fact, it was first noticed by people who game Google with links. However, there were 2 significant changes very close to each other.

If you ask me, there have been a slew of tweaks. Going on my go-to number of 800+ algorithm updates per year, I feel pretty comfortable guessing that March had 75 – 100 tweaks.

Other people in the SEO world think that Fred was about quality. There could be some truth to that as well. But was it site quality, or content quality? Or both?

And, it is worth pointing out that people likely to game Google with links often have low quality content. But, most people believe there were at least 2 updates which took place right beside each other.

One thing everyone can agree on: This was a confusing update and it also showed little consistency. It was, however, big enough to show up on a large scale across many sites.

RankRanger, who tracks fluctuations in search, is calling it a “Link Quality Algorithm Update”. Here’s a screenshot of SERP fluctuations for March 2017:

Websites in verticals I work with were relatively unaffected so I personally have little input other than to do what I’ve done the last quarter century- produce great content people are looking for. In the verticals I monitor there are still few sites ranking with terrible content and backlinks which are just begging for a penalty.

Were you affected by Fred?

I have received a few Analytics accounts to analyze for Fred related updates, however in every case the sites were actually affected by February’s updates. “Fred” occurred March 7, 8 and March 9, 2017.

If you were affected by Fred please feel free to comment below with your thoughts.

Over the weekend Google confirmed there were indeed multiple updates. They also said the Fred name was silly.

@rustybrick With 2-3 updates a day in average, I don’t see how this is news. You might as well just report every day there was an update