Google’s Answer Boxes, aka Featured Snippets, have been showing up in more and more search results lately, and I’ve been on a binge, obtaining as many of these as possible for clients, trying to steal existing answer boxes and positioning new content for future snippets.

In April 2017 I noticed a few people talking on Twitter about how images were displaying from separate sources in the answer box.

I pointed out that this is nothing new. In fact, I documented this in March 2016 here: Google Answer Boxes with Images from Secondary Sources.

However, indeed, in April of 2017 Google began doing this significantly more frequently.

Why is my competitor’s image showing up in my answer box?

Google has been tweaking featured snippets quite a bit this year. At this point in time, I am not sure why images are showing, but there are a few reasons which come to mind:

Here’s a screenshot of a Featured Snippet with the text content coming from one site and the image being supplied from a different site: 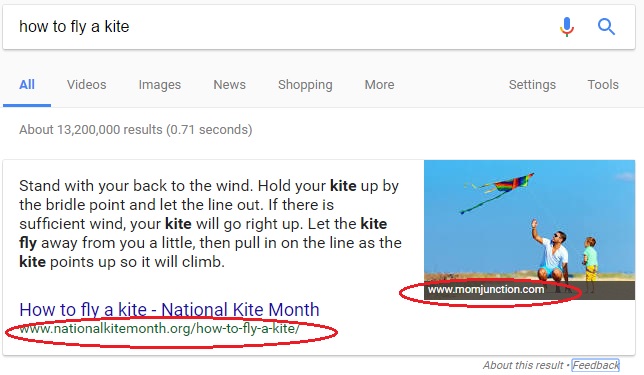 Example of a Featured Snippet

Has this happened to you?

Tell the world all about it in the comment section below, especially if you were able to get Google to pull an image from your site and you think you had some sort of control over it.