Is Google Going To De-List Alex Jones’ InfoWars.com and Other Alternative News Websites? 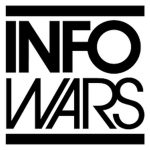 InfoWars.com is a website operated by Alex Jones. While I am not a regular reader I am pretty sure that sometimes you will find satire there, a couple stories some people would disagree with, and news that the mainstream media outlets such as CNN simply do not cover or even try to steer their viewers away from. Visit the site for yourself to draw your own conclusions.

Is Google going to De-List InfoWars from search results?

A Medium article by Mike Cernovich was published April 16, 2017 was mentioned by InfoWars the next day, and it said that:

“Google has hired contractors to remove or limit Alex Jones’ website Infowars.com from its search engines. According to a search engine evaluator for Google, all contractors have been instructed to actively rate InfoWars as a low quality and untrusted site.”

Great spot by Mike! Raters should not be given specific websites to go by, in my opinion.

A Business Insider article was later put out which quotes “a Google rep” saying that:

“In this instance, we have confirmed that a vendor we work with sent out more detailed instructions to some raters without our knowledge, which included references to specific sites,” … . “This is in conflict with the intent of our guidelines and the vendor has taken action to remove these references in their training module.”

So, according to Business Insider, Google is distancing itself from that specific vendor because they included references to specific sites which is “conflict with the intent of our guidelines”.

Google is basically stating that they did not instruct raters to specifically target InfoWars.

Infowars discussed this with Cernovich here:

What are the Rater Guidelines and how do they work?

Google has contractors, aka “quality raters”, who have a special software to evaluate websites showing up in search results. These contractors are hired by third party vendors. If a quality rater rates a site low, it does not mean the site will suddenly rank lower. Quality ratings have no immediate impact on search results. How they impact search results depends on who you ask: Most in the SEO community believe that the ratings are to use humans to evaluate current Google algorithms, and it makes sense the rater’s feedback will influence future Google algorithms. You can see the 2017 Google Quality Rater Guidelines for yourself here.

There are many different aspects to how a site is rated, and ratings given may range from “lowest” to “highest” quality.

Does Google want to penalize websites it considers “Fake News”?

The term “fake news” is so broad it would be very easy to say that CNN is fake news due to their slanted reporting or that InfoWars is fake news due to satirical articles posted in some sections of their website. Google has been tip-toeing around this for quite some time IMO. Google recently changed the “Top Stories” algorithm to remove many sites which used to show up in their “In The News” section and many publishers have been stripped of their ability to monetize their website via AdSense.  So, many news webmasters have been feeling the pain for quite some time.

Sites like InfoWars may indeed be in Google’s crosshairs

Jennifer Slegg of TheSEMPost has an excellent breakdown of what is new in the 2017 of the Rater Guidelines and yes, Google does want to use their algorithms to lower the organic ranking of sites determined to be “low quality”. When a site ranks lower on page one or is pushed back onto page 2, it will receive drastically less organic traffic than it would if it were prominently displayed at the top of page 1.

Depending on who is doing the rating, a rater may label InfoWars as low quality.

Should Google specifically state if they consider InfoWars to be Low Quality or High Quality?

Is Google tip-toeing around the real question here (which media outlets they want to rank best in search)?

Is it Google’s intent to begin to rank InfoWars lower in search results to suppress them?

How would you rate InfoWars?