It has gotten to the point now that when I see promoted tweets in my timeline I click them JUST for my own entertainment.

Twitter feels like it is mostly all bots at this point, but there is a user base on there that LOVES to bitch and complain.

If you haven’t received the memo yet – Twitter is mostly a customer service tool. Sure there are people out there who will disagree with that statement, but they are probably just a troll themselves. Or wrong. Or a wrong troll. And everyone knows that wrong trolls are wrong.

Below are some of my favorite misuses of Twitter

Please keep in mind these are just some things which showed up in MY feed.

And these are not necessarily bad companies, they just have very ignorant employees and/or digital marketing agencies. But hey, it is the Internet, and I give them credit for trying, even if their efforts look like they are a decade old.

Sure, most insurance companies in North Carolina suck. Last year I had United, who made me pay out of pocket for almost everything. Even my doctor and their staff were baffled at their terrible actions and “abuse” as one of my providers called it. BCBSNC isn’t necessarily evil though. After all, this is a nonprofit organization. But, newsflash, people hate “health care”. Even if you are a good insurer, it is tough to call what we have right now “care”. Heck, they should call it “health dont-give-a-s#!7-about-you“. Anyways, BCBSNC may be the best in the state, but here is their tweet: 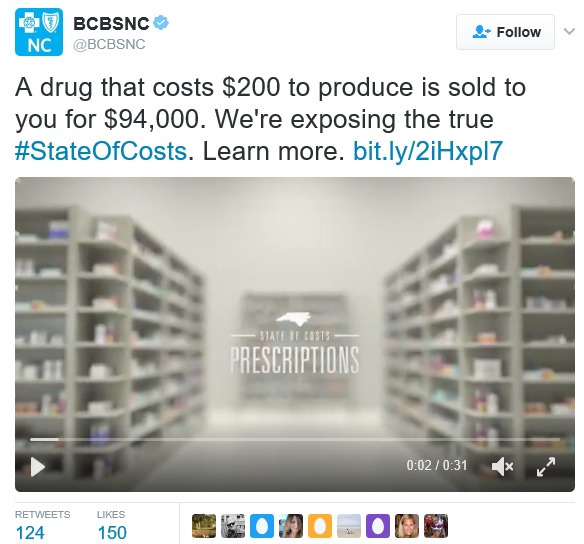 The replies are amusing (to me at least): 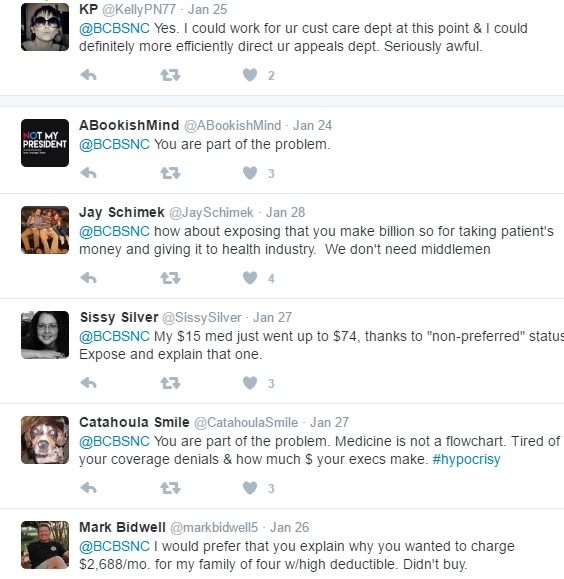 What lots of people don’t realize is that few people are going to sit there and play the video. Heck I didn’t even realize there WAS a video til I took that screenshot on desktop (didn’t see it on mobile!)

In North Carolina, Verizon OWNS the market. Everyone openly dislikes their bills as the services costs over $200/mo for 4 lines & 6GB of data, but the service is incredible. Sprint promotes tweets saying their service is 99% as good. I am not sure if I could find a human in the entire state that would agree with that. When they blast their advertisements out on Twitter, the people really pile on.

@sprint i hate “promoted tweets” they are ADS NOT TWEETS. 2nd your service is terrible, why not free tablet and lines #TeamMagenta

Do you know of a company doing Twitter right? Am I only looking at the disasters? Is their publicity actually good? Has your business directly (or indirectly) made money from Twitter or is it all about brand awareness?

Was this whole article a waste of time?

Have you seen any sucky Tweets lately?

I feel like a few neat things ARE shared on social media, but they are shared organically by people I know with similar interests…