I was contacted by a new client in early March who had lost traffic in February 2018. They were wondering if they had been negatively impacted by an algorithm change such as a Penguin or Panda update.

Indeed, there were many updates throughout the month of February, as can be seen by this screenshot I happened to take from RankRanger on March 1, 2018: 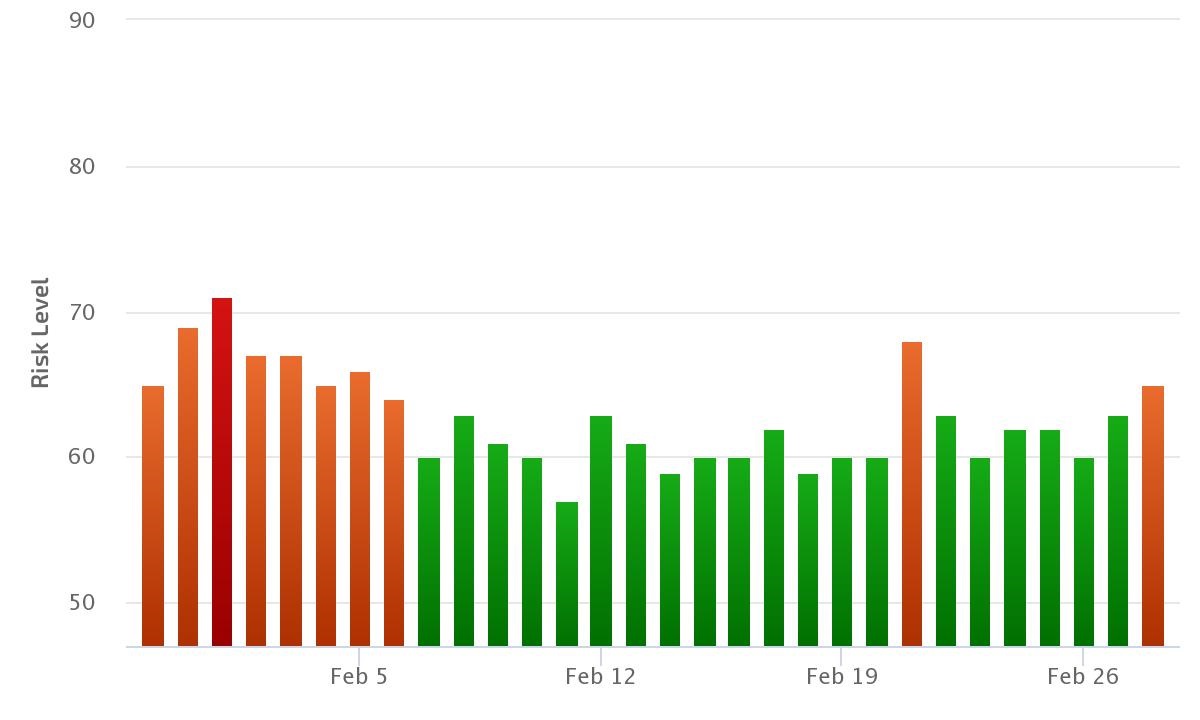 The key dates of Google Algorithm Updates were:

I should note here that many algorithm changes are not detected until the day after the update. For example, a February 20, 2018 Google update may not be reported until the 21st.

There was no named update

Thankfully the SEO geeks haven’t given these updates names. Google has confirmed that the algorithm is tweaked 1,500 times per year. Of course, they’re always trying to make it better.

Most traffic losses or gains were related to Featured Snippets

In the case above, when I began to examine the client’s Google Analytics profile, I quickly discovered that their loss of traffic was caused by not a loss of rankings but a loss of traffic to a handful of specific pages. Those pages are pages which used to rank in “position zero” or “answer boxes”. In most cases, these answer boxes drive a significant amount of traffic. Pages losing position zero often experience a loss of traffic ranging from 50% – 15,000%. (However, some pages actually GAIN traffic when a Featured Snippet position is lost).

There were indeed many changes to the Featured Snippets portion of Google Search in February 2018. They introduced multi-faceted snippets and tremors changed FS results as Google looked to provide its users with the best possible answer.

Did your rankings change?

If you experienced a noticeable change in ranking positions in February 2018 please feel free to comment below.