Google “In The News” Replaced with “Top Stories” on Desktop Search

Today on November 23, 2016, Thanksgiving Eve, I noticed something brand new in Google search results. Google has rolled out a “Top Stories” section which is beginning to replace “In The News”.

“Top Stories” was previously only seen on mobile search. The mobile top stories carousel required that content be published in AMP.

According to this article on Business Insider by Nathan McAlone,  Google was planning on making the change for some time now, and for at least a couple of reasons.

First, the rebrand eliminates the word “news”. According to the Business Insider article, removing the word “help draw a sharper line between Google’s human-vetted Google News product, and its main search product.”

Also, “Top Stories” will feature content only from vetted news outlets. Since 2014, Google has displayed content in the “In The News” section from sources which were not vetted, sometimes pulling very misleading content. After the Trump/Clinton 2016 election, Facebook and Google have come under fire for displaying misleading news articles, especially after this fake news article which displayed on Google claimed Trump won the popular vote. Facebook plans on making changes, and apparently Google has now acted.

Google “In The News” Screenshots 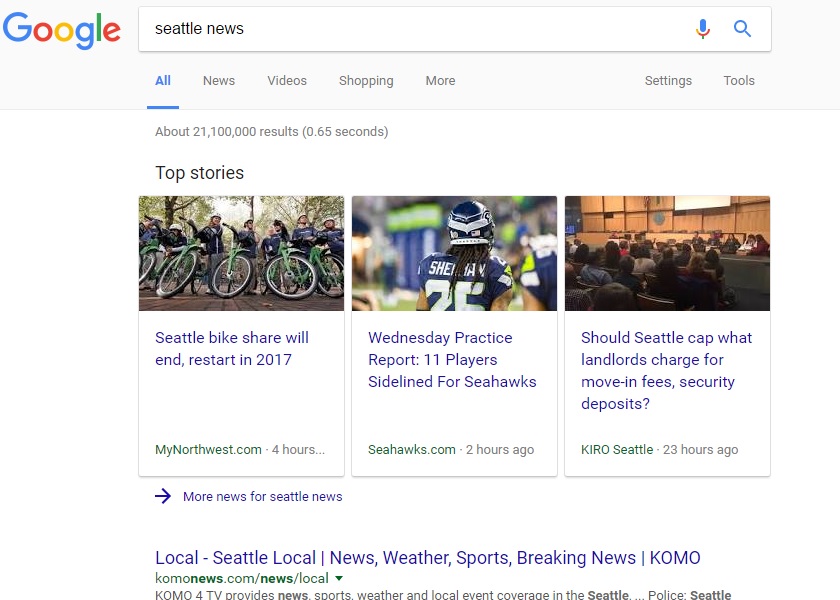 And here is the other card format, which they have been playing with for quite some time now on and off: 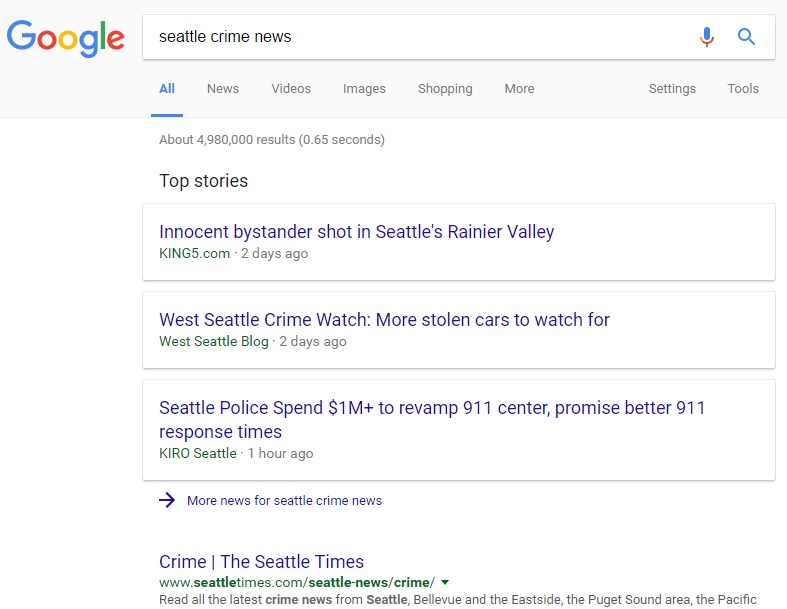 What do you think of the changes?