I have been a bit infatuated lately with obtaining featured snippets, the little answer boxes in Google search. Not for this site, for client sites. Anyways, last week there was an opportunity which arose. Teens on Snapchat were playing a game with fruit. A buddy filled me in on this and I figured it was a great opportunity for me to try and snag a featured snippet.

But what happened next shocked me.

First, I created the article about Snapchat Fruit Meanings. Single teenage girls were posting blueberries and strawberries to their accounts, and every teenager in the USA wanted to know why. Millions turned to their friends but hundreds of thousands turned to Google.

Second, I googled it. Believe it or not I completely forgot about my experiment for a few hours. I knew the page would rank very well and watched the traffic come in in Google Analytics and didn’t bother searching for my own post. But when I did, I was shocked to discover “Telapost” in the Top Stories section of Google, as seen in this image below (I documented this here: regular websites showing in Google Top Stories.) (And no, this site is not in “Google News”): 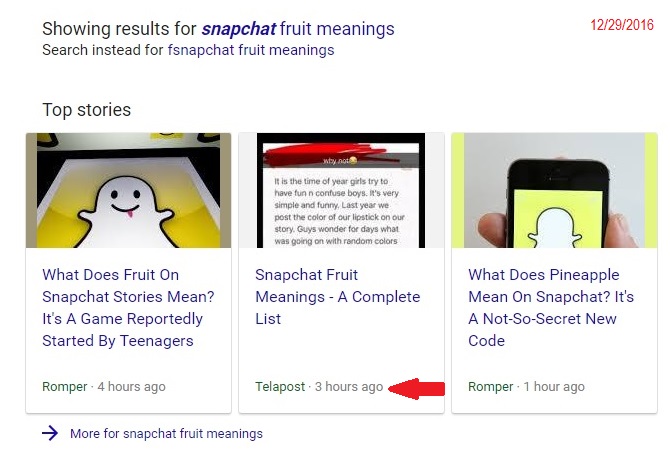 Side note: I discovered “Top Stories” in Google Search just before Thanksgiving, you can read about that here: Google “In The News” Replaced with “Top Stories” on Desktop Search.

Third, I tried a few different search queries (while logged out of Google in a clean incognito window). Sweet! Featured snippet, just like I planned. (Google seems to love lists and a couple other content formats- more on that on this blog soon).

Here’s the featured snippet which appeared: 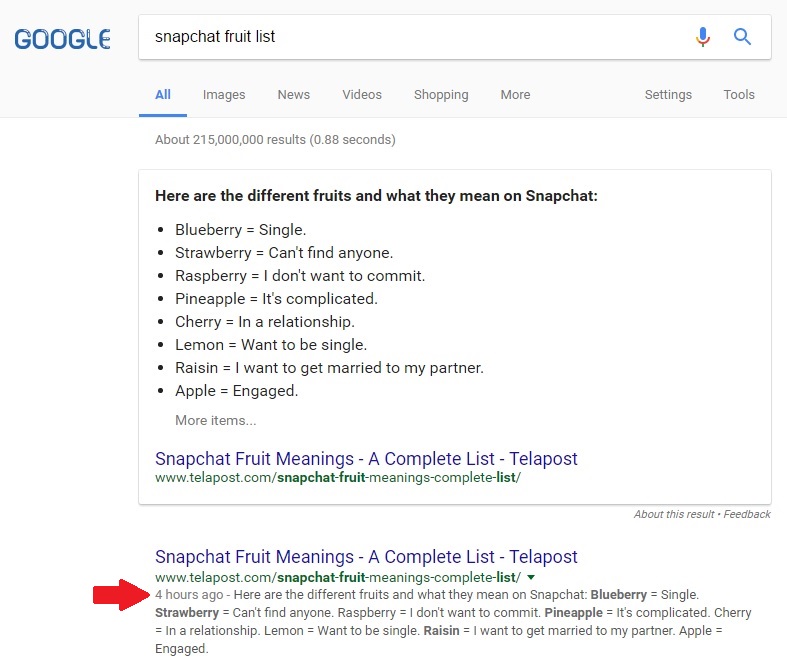 The snippet was posted in under 4 hours!

I wouldn’t be at all surprised if this snippet appeared MUCH faster (this site’s content usually ranks within 2 minutes of me clicking the “publish” button).  But anyways, this tells me that Google is not only trying to supply people with good, relevant answers, they are noticing hot topics and trying to answer them as quickly as possible.

Additionally, they are pulling the featured snippet content from sites which provide answers on these hot topics. I hesitate to say breaking news, as I am not aware of any “news” sites that covered the topic. Then again the line between hot topics and actual news is quite blurred these days.

As of January 6, 2017, the review snippet still displays in Google search, as seen below. The snippet came and went a few times, then it finally returned along with an image from the article. 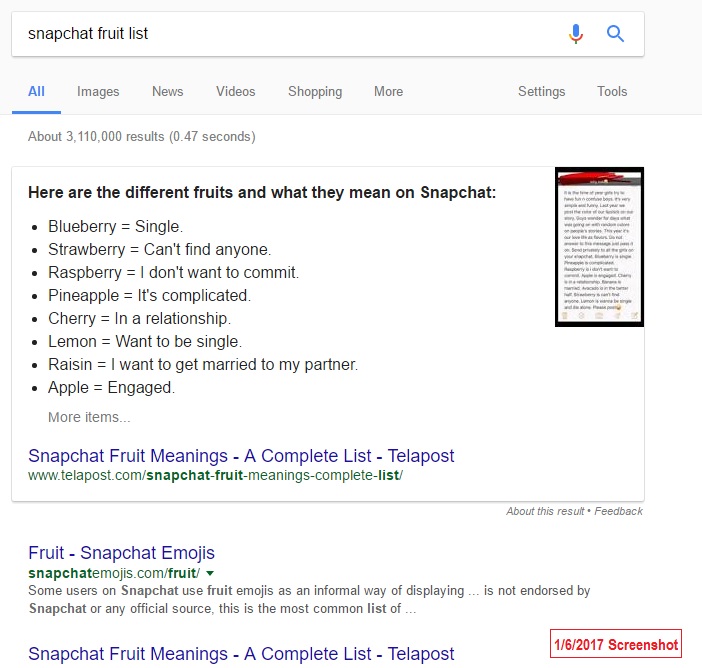 I wonder just how fast we will see featured snippets appearing in Google in the future.