Meet the Social Dating and Hookup Apps of 2016: JDate, Feeld, Wingman, How About We

Living in the digital age means that, paradoxically, it’s both easier and more difficult to meet people you might want to date.

It’s harder because life just rips along at breakneck speed, but it’s easier because the phone revolution means that dating – or more – is at your fingertips.

For many, Craigslist is a viable option. It’s free, even if it’s a bit more involved than some of the apps mentioned below (and there are plenty of horror stories about Craigslist dates).

For basic old-fashioned get-to-know-you dating, there are apps like Match.com, OKCupid and Plenty of Fish.

These work in the more or less traditional way of building a profile and then seeing how you might match up with others.

The key here, just as in resume writing, is to sell yourself.

As in any bar, there are vastly more male than female users, so be forewarned – if you’re male, you still have to work hard to get a date. 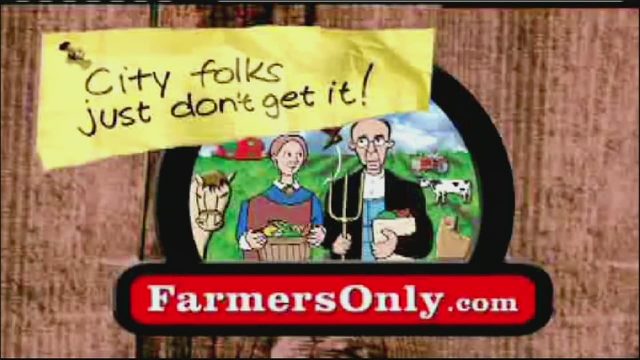 There are specialty categories as well. Take Farmersonly.com, obviously aimed at the agriculturally inclined, whose TV ad has one of the great jingles of all time.

We’ll pause while you sing it yourself.

Okay, back to normal programming.

For Jews, there is JDate. For Christians there are apps like Collide (surprisingly it’s apparently pretty easy for gay Christians to hook up on Christian dating apps. Go figure).

And Muslims now have Minder.

Minder is a tweak of Tinder, one of the first hookup apps for those who’d prefer to skip the getting-to-know-you stage and get straight to the knickers on the floor.

In Tinder, you just flip through pictures until you find one you like. If your choice likes you, boom! It’s off to the condom store.

Pure picks up on the Bob Crane ideal and advances it: you can enter your info, specify your sexual preferences, whether you can host or not and just wait.

Like with everything else in human sexuality, the women have an advantage here, so guys, don’t get your hopes up.

All of these things, with a few exceptions (notably Minder), expose users to potentially serious health risks.

Well, there’s an app for that too!

Yes, when you meet your hot hookup honey or stud, MedXCom lets you tap phones to share your health history before you drop your knickers on the carpet.

No guarantees of course, but at least you won’t worry as much.

How About We lets you enter your ideal of a one-night-stand and if anyone likes it, you just might get lucky.

The plays on Tinder continued with 3nder, which, as you might suggest, specializes in ménage a trois arrangements (Tinder, perhaps getting tired of the flattery, has sued over the name 3nder and the App is now called Feeld)

Finally, what if you get worked up on a flight and just can’t wait until you land?

Well, there’s an app for that, too. It’s called Wingman and the basic idea is that you are on the same WiFi network and you just ping each other when you want to join the Mile High Club.

It’s a niche product obviously, and speaking of niches, you’ll have to find one on your flight to take care of each other.

On the horizon: VR apps which eliminate the bother of meeting each other and use sensors to feel love making from a distance.

All of these things presumably work on some level, but there’s still a lot to be said for going to the park and just saying hello to people and having the pleasure of getting to know each other.

Harry Truman said if you want a friend in Washington, get a dog.

You can sort of take his advice: take a cute dog for a walk. You’ll meet plenty of potential dates and you can get a reasonable idea of their sanity before you meet.